The new age of humankind is being shaped by the qualities of the sign of Aquarius.

This becomes evident in the circumstance that Pluto will enter this sign of a „new humanity“ in March 2023, remaining for 20 years, thereby completely transforming these fast vibrations until 2044.

Pluto’s 248 year orbital period around the Sun is the slowest of all the planets in our solar system and therefore the most intensive one we currently know. As a collective energy Pluto transits show us the transformation of all humankind.

The current Pluto transit in the sign of Capricorn began in 2008 (beginning of the financial crisis with the insolvency of Lehman Brothers) and was intensified in 2018/2019/2020 by Saturn in Capricorn – until the conjunction (new beginning) of Saturn/Pluto on 12 January 2020 brought the whole world to a standstill and sent it into lockdown.

In addition a Jupiter/Saturn-conjunction (new beginning) occurred at 0° Aquarius on 21 December 2020 . This new cycle will last 20 years, until 2040.

In 2020 we thus entered a time of passing on the baton – the transition into a completely new world, the most prominent transformational period of our time.

The children of the new millenium

Souls that incarnated themselves during the last decades were born into a time where the transpersonal planets Uranus (new zeitgeist) and Neptune (love) were in the sign of Aquarius . From 2021 to 2044 the blueprints for their lives will be activated by the transits of Jupiter (2021), Saturn (2021 until March 2023) and most of all by Pluto (March 2023 until 2044). The general public has dubbed these young souls Generation Z.

On an energetic level this encompasses everyone born from January 1996 until January 2012 – according to UNO 2 billion and 210 million (!) young people who will shape the new collective consciousness and gradually reach positions of power in our societies:

The core group with both Uranus and Neptune in Aquarius as well as Pluto in Sagittarius was born between February 1998 and March 2003 and encompasses 780 million young people!

The great change of generations since 2018

What is more, all those born from 1991/1992 on - the Digital Natives – are the seed of a whole new consciousness that manifest every 500 years, following the rhythm of our world.

The Digital Natives were born with a Uranus/Neptune-conjunction in Capricorn, that began in 1989 and became exact on 24th October 1993.

These "giants" were activated in 2018/2019/2020 by Saturn and Pluto transits so that this completely new generation in markedly moving into position now, initiating the great change of generations:

We are the transitional generation and have the privilege of giving these young people space and time and love and protection so that they can manifest a new way of living and working together: a creative world of friendship. 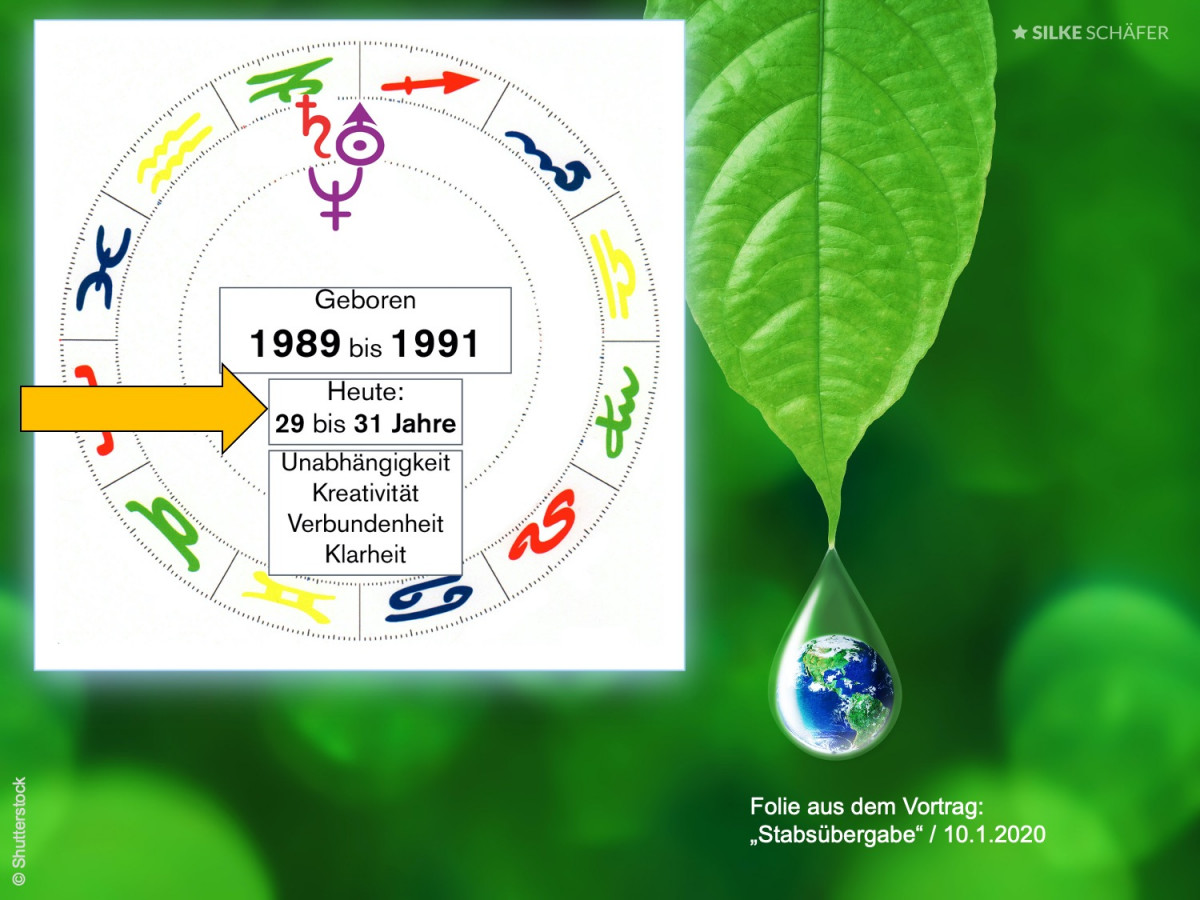 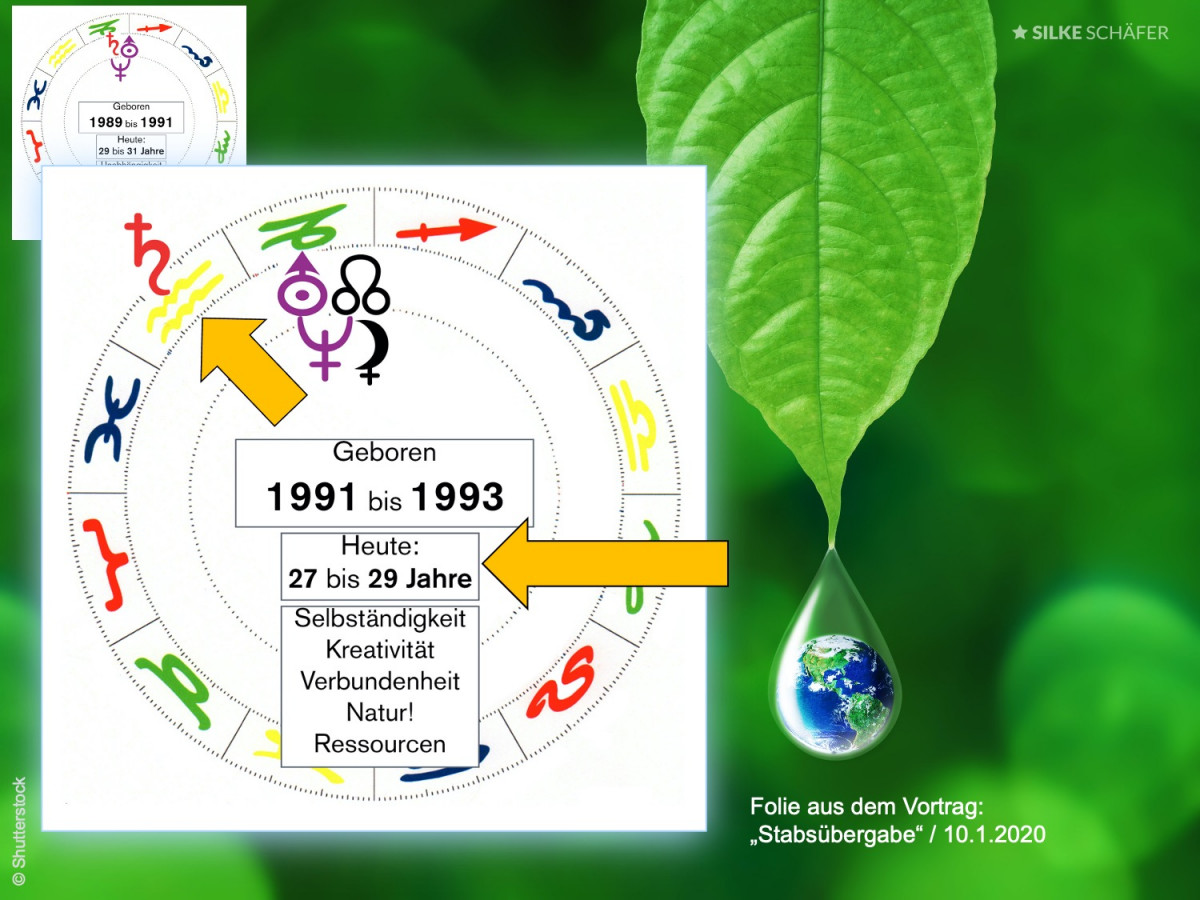 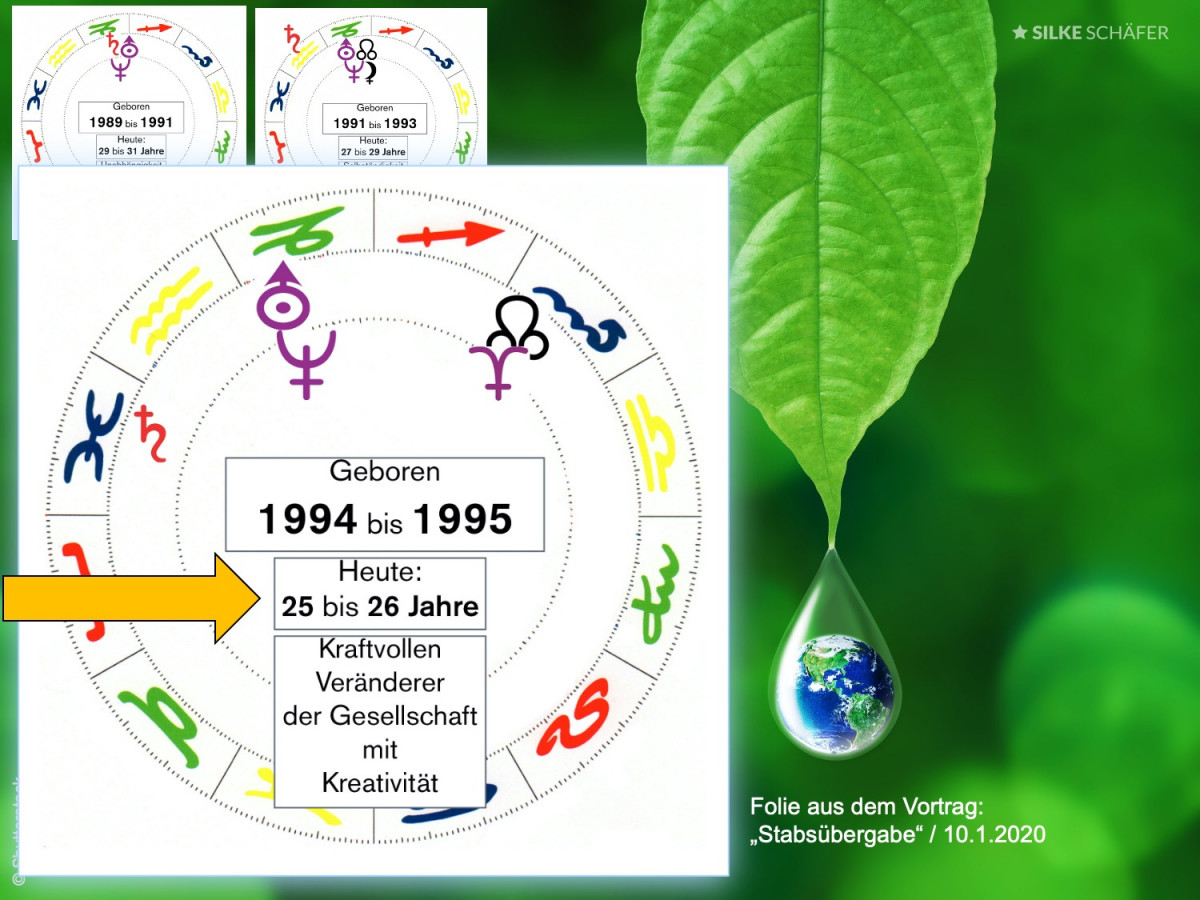 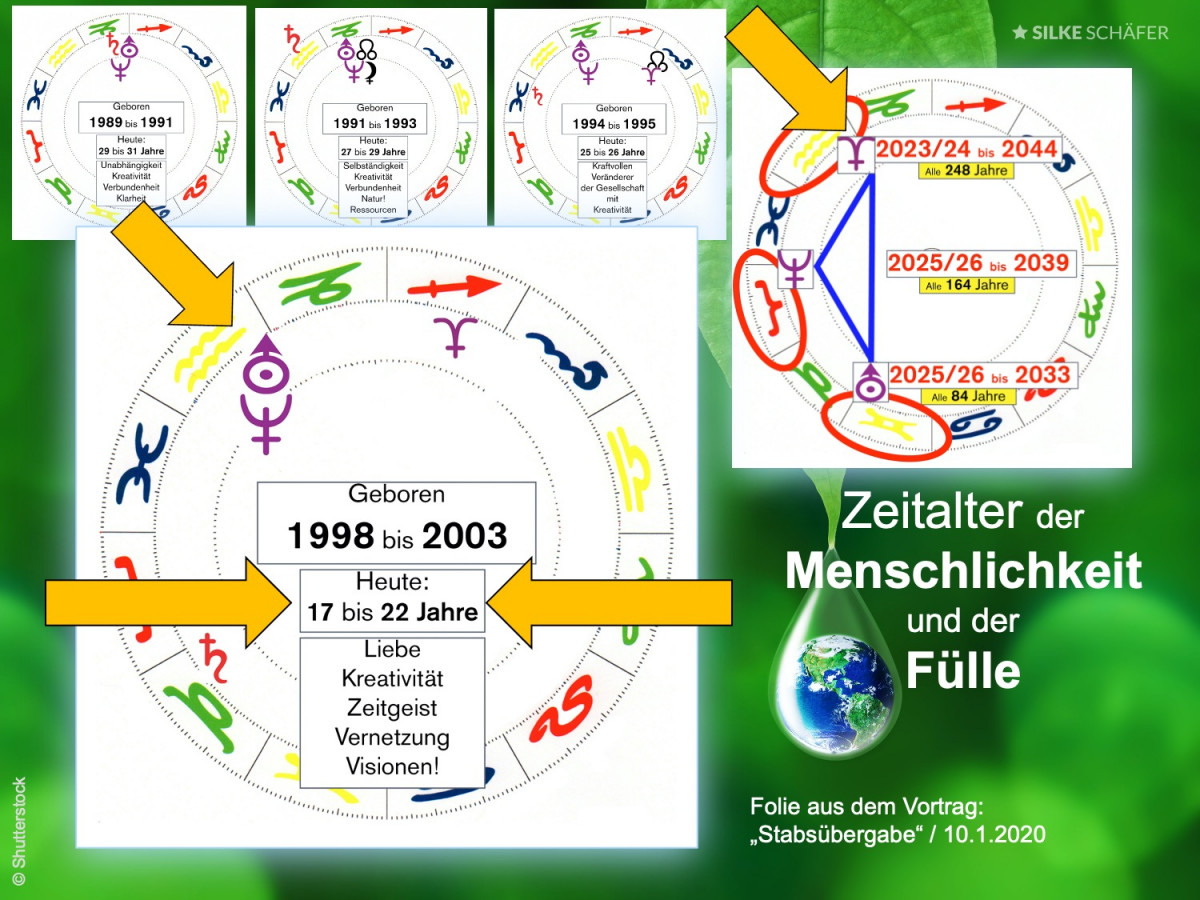 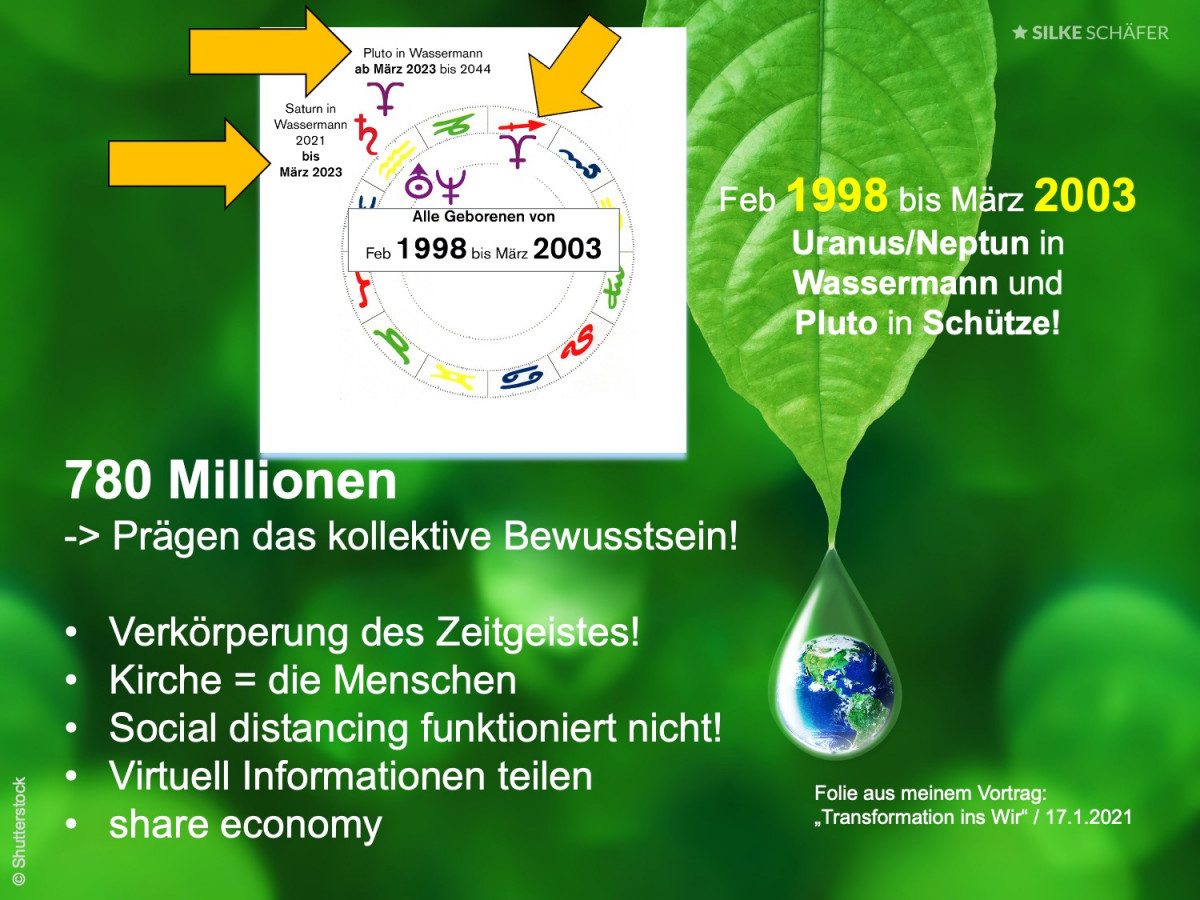 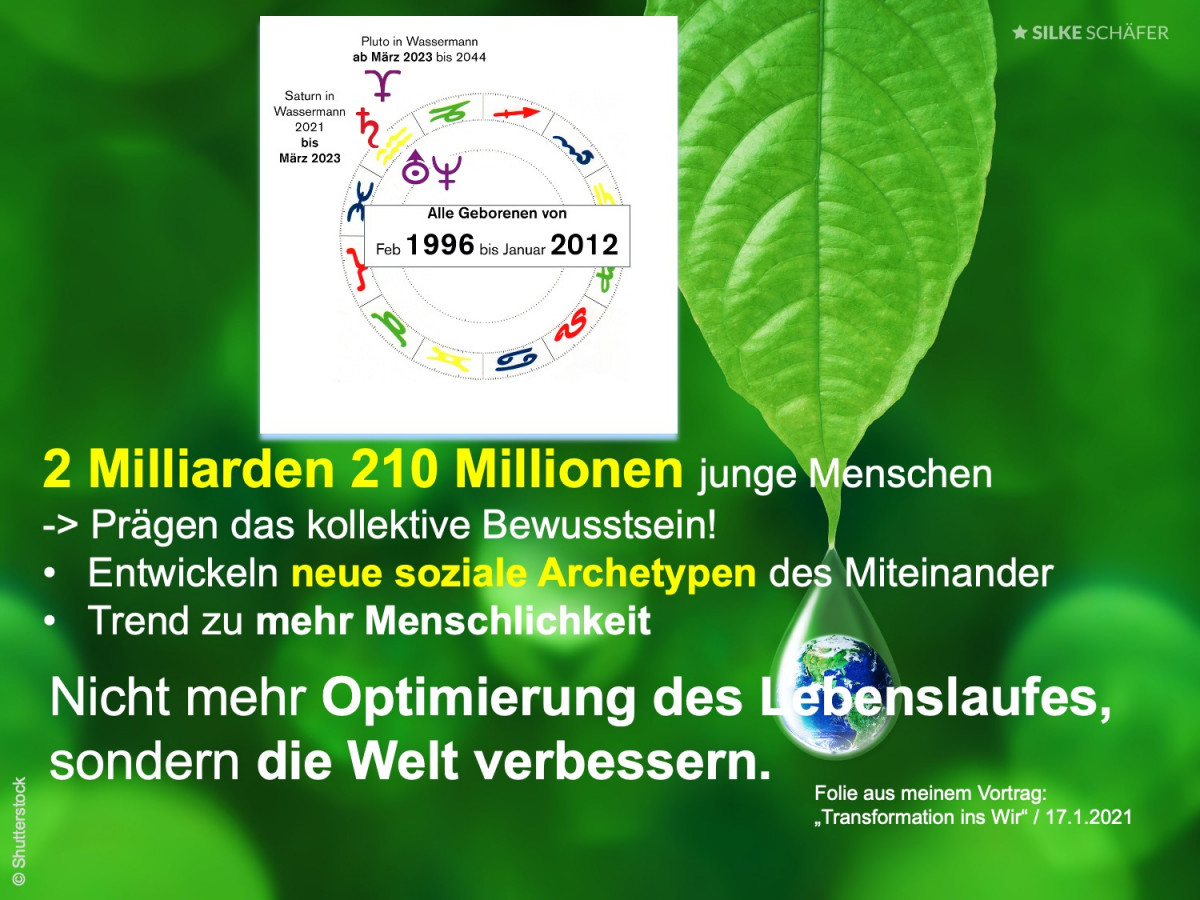 17-year-old talks about astrology as a trend

Schools of the future? They do exist!

When our daughter Jette (born in 2005) was 12 years old, she said – during our vacation in London:

"Mama, I like it here. I would love to go to school in England."

Being someone who does not suppress children’s impulses, I followed her wishes and started to do research. And thanks to a piece of advice from our anthroposophical pediatrician we did indeed find the Brockwood Park School in Southwest England, an international and holistic private school with 75 students between the ages of 13 to 19, from 25 different countries – founded in 1969.

In October 2019, Jette, then 14 years old, got to attend for Prospective Week and was subsequently confirmed by a vote of all students and teachers. In September 2020, Jette, then 15 years old, began her 10th year of school there – including sweeping measures against CoVid-19. But after everyone had successfully completed the 10-day-quarantine, lessons took place normally on the extensive grounds, without masks or other restrictions.

Jette and we as her parents are looking back at a relaxed and very beautiful time that allowed Jette to grow a lot – and that shaped international friendships for life.

If you have questions about the school that are not answered on its website, we are happy to help out with information.

The trailer says it all:

Images from one of the letters to the parents

Here is a small impression of lessons in Brockwood and what they are learning – while sitting on the table, playing twister or chopping wood. It’s all very peaceful. 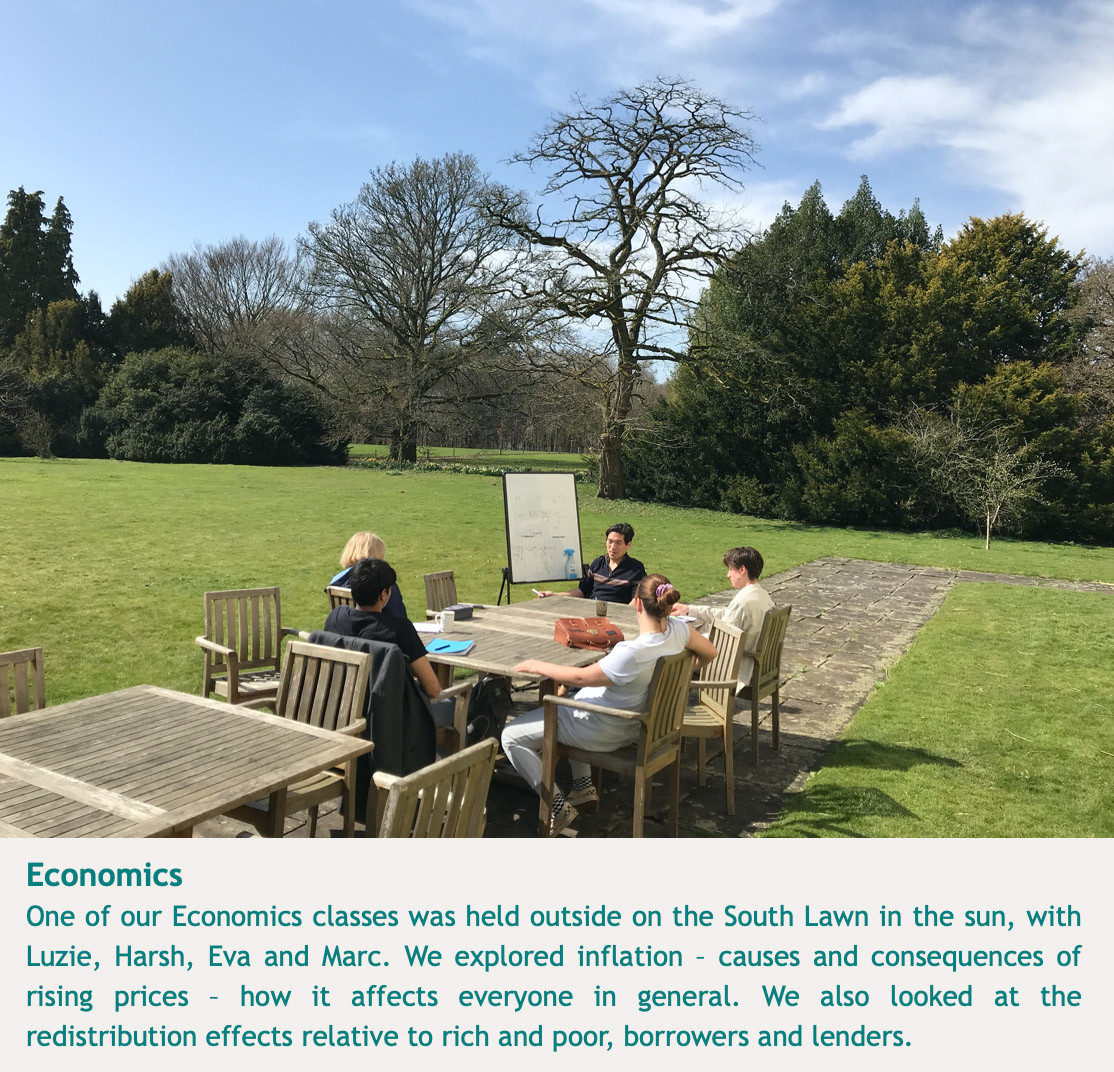 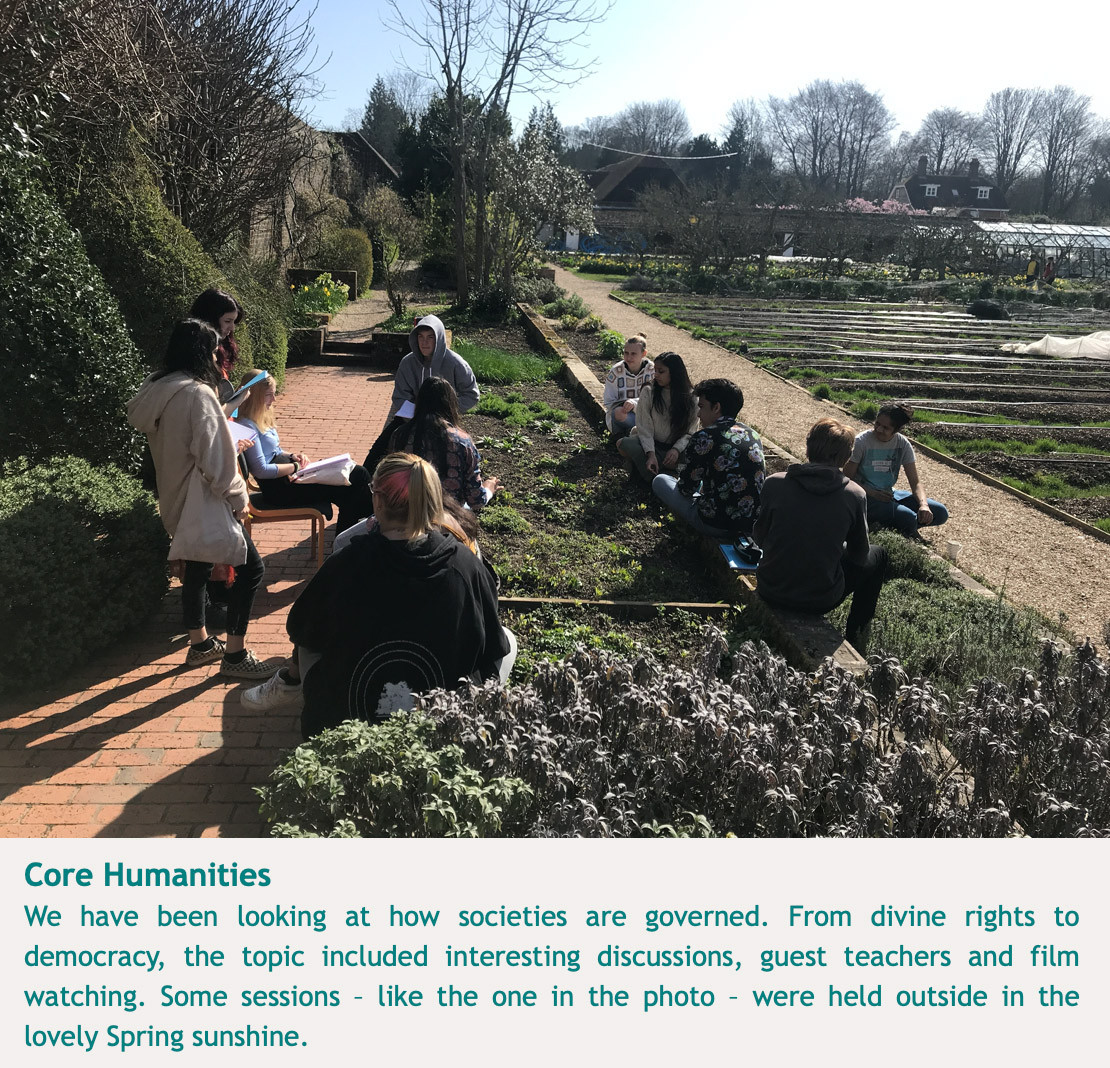 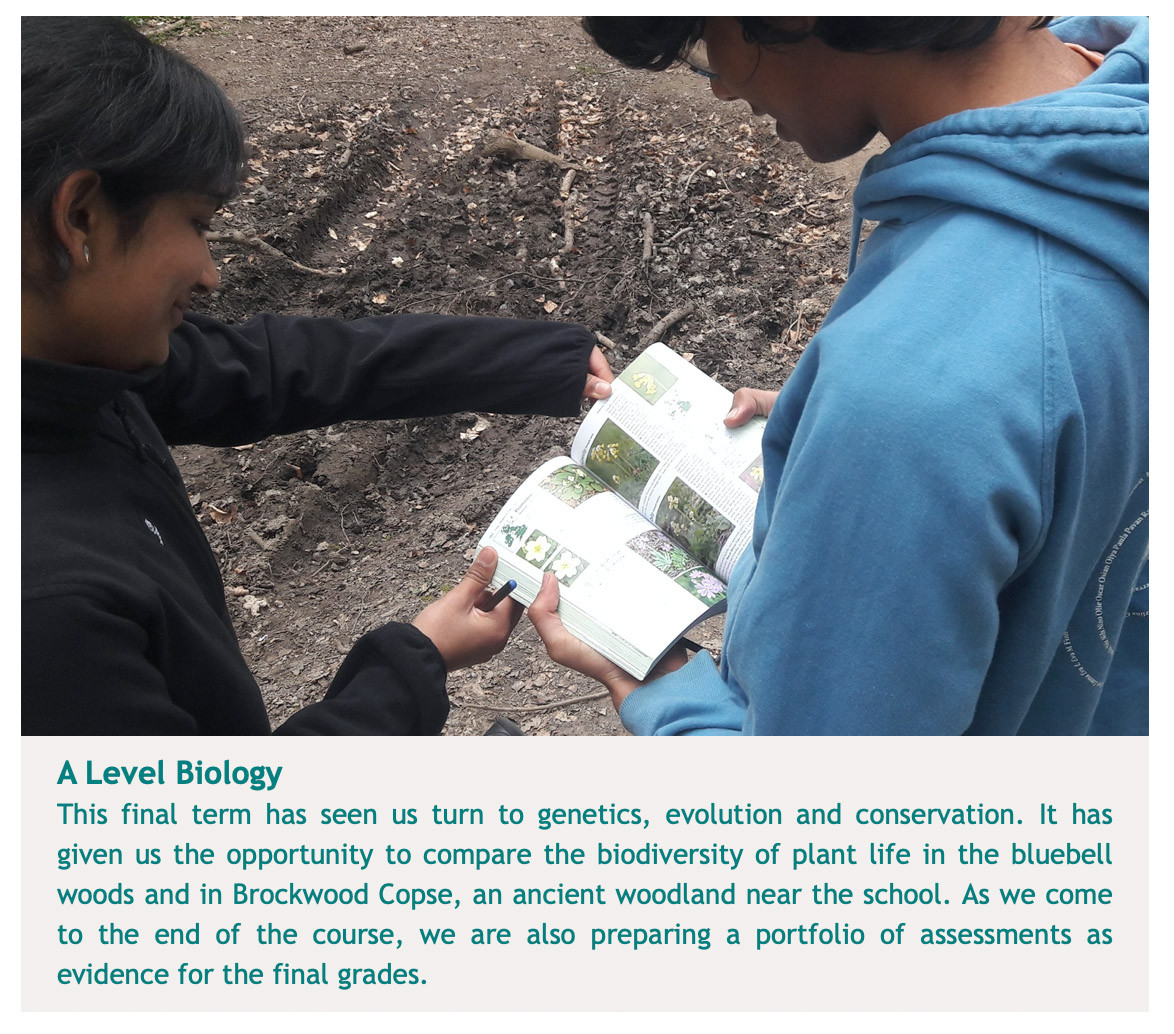 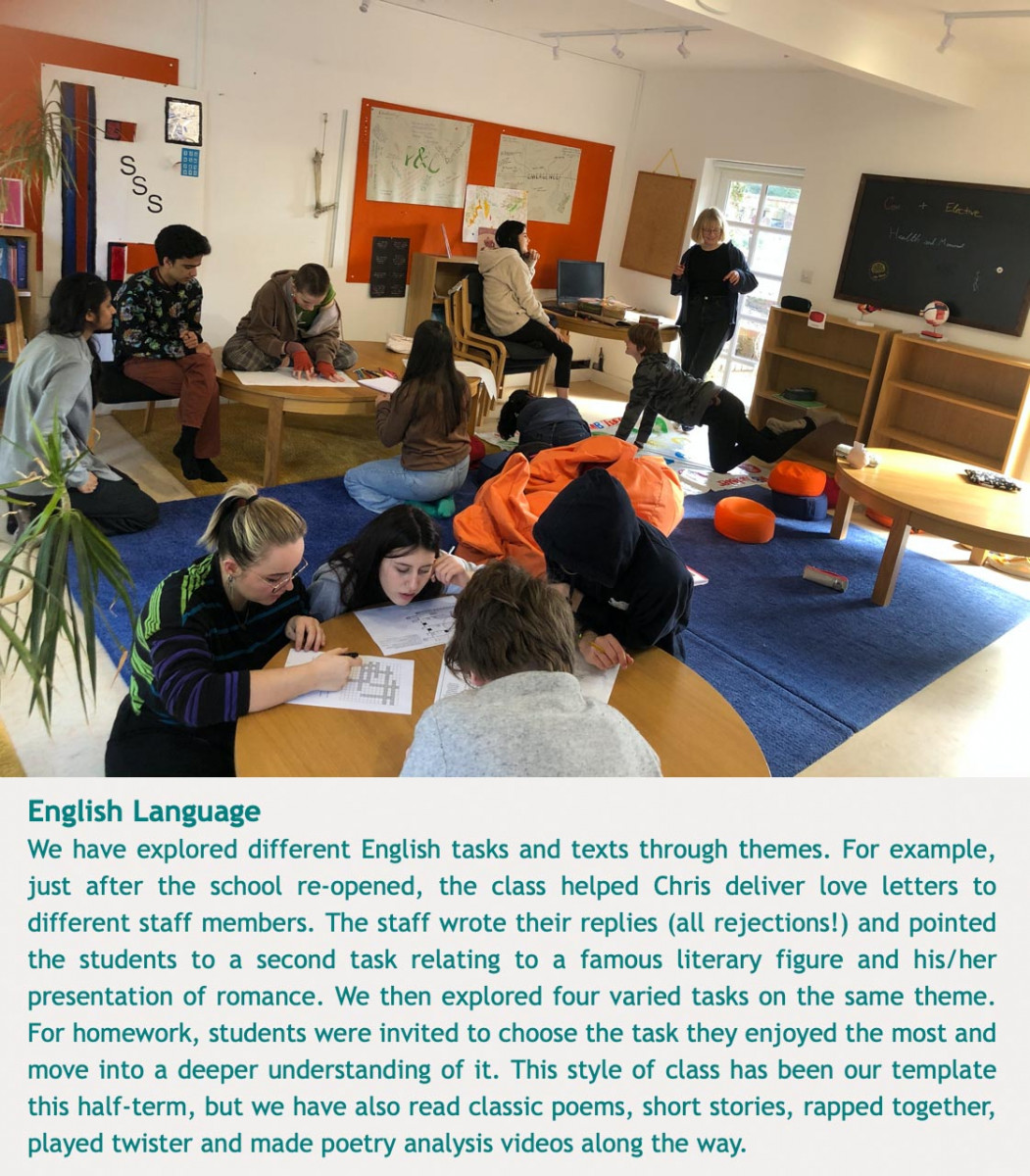 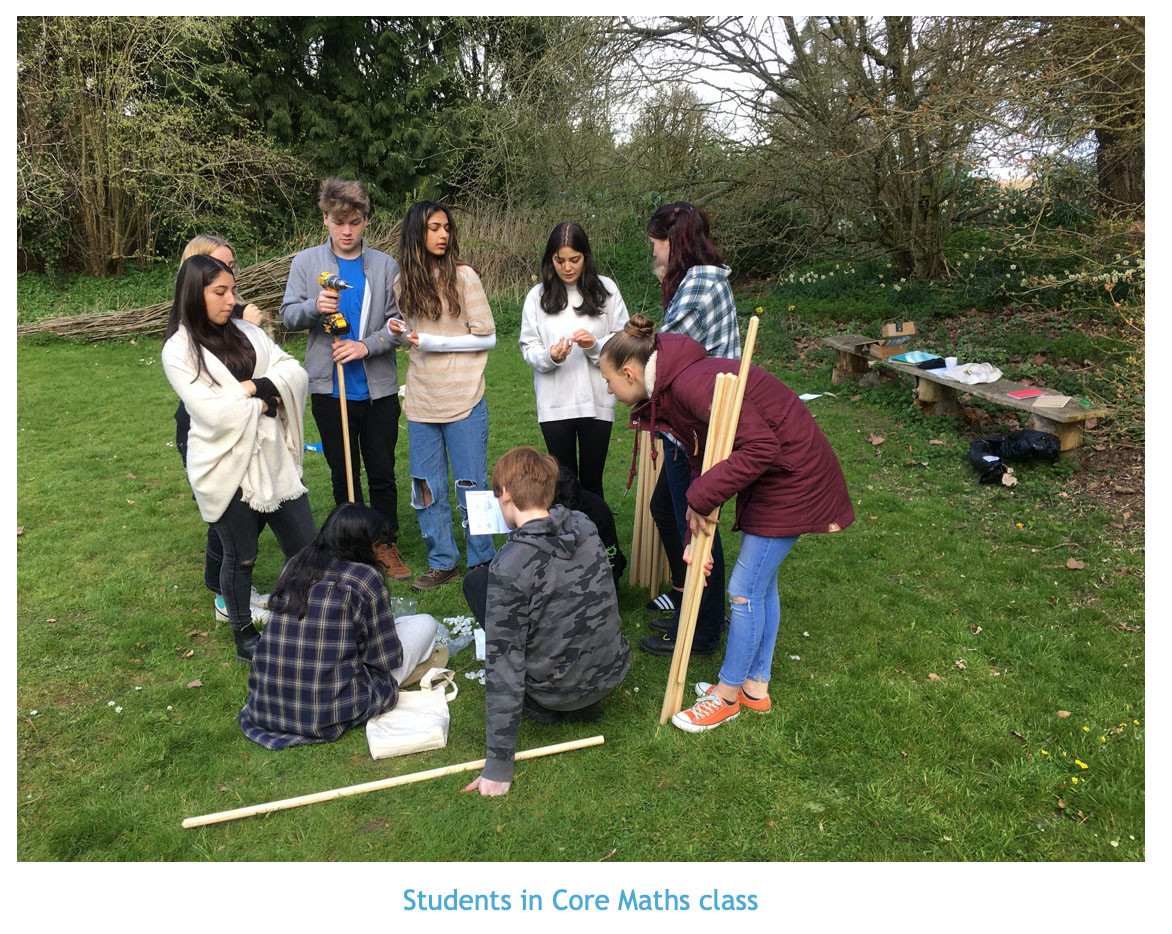 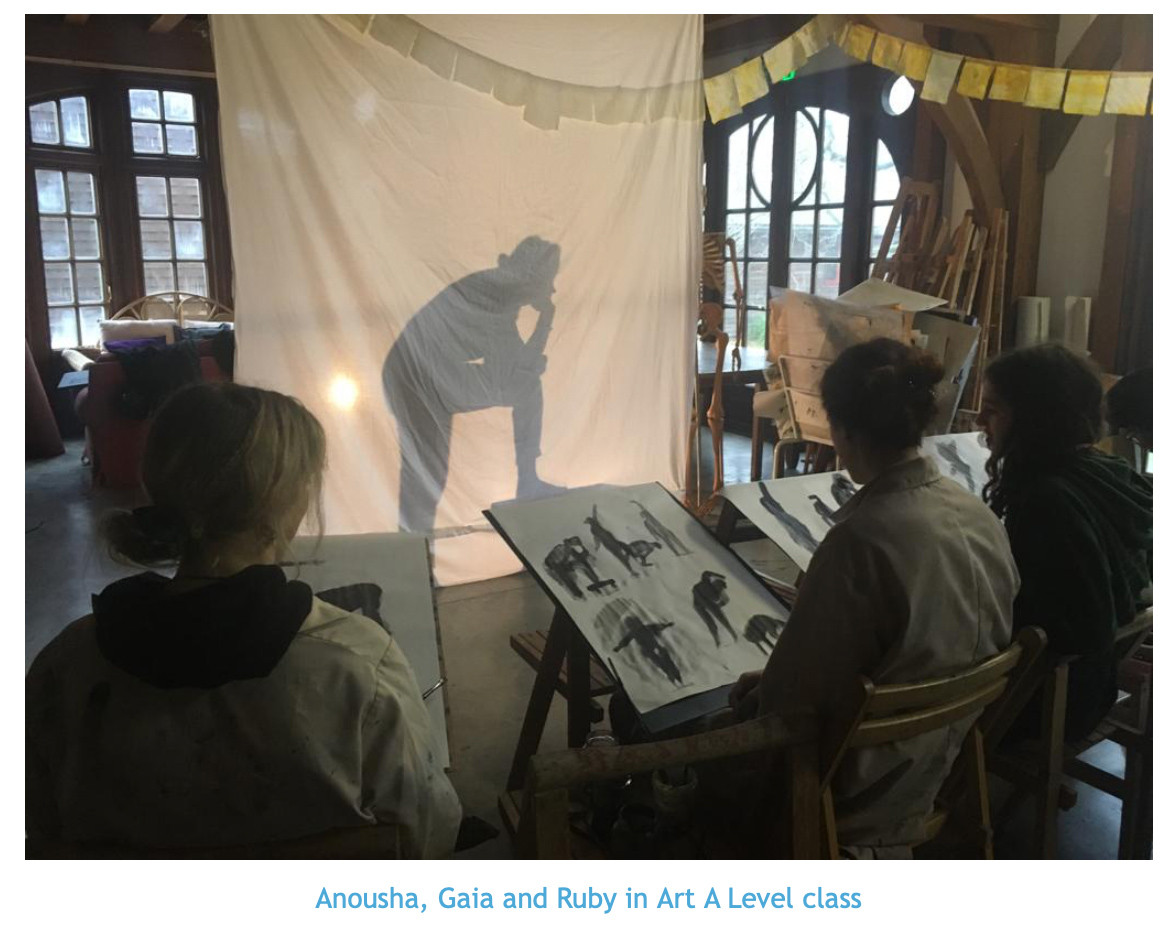 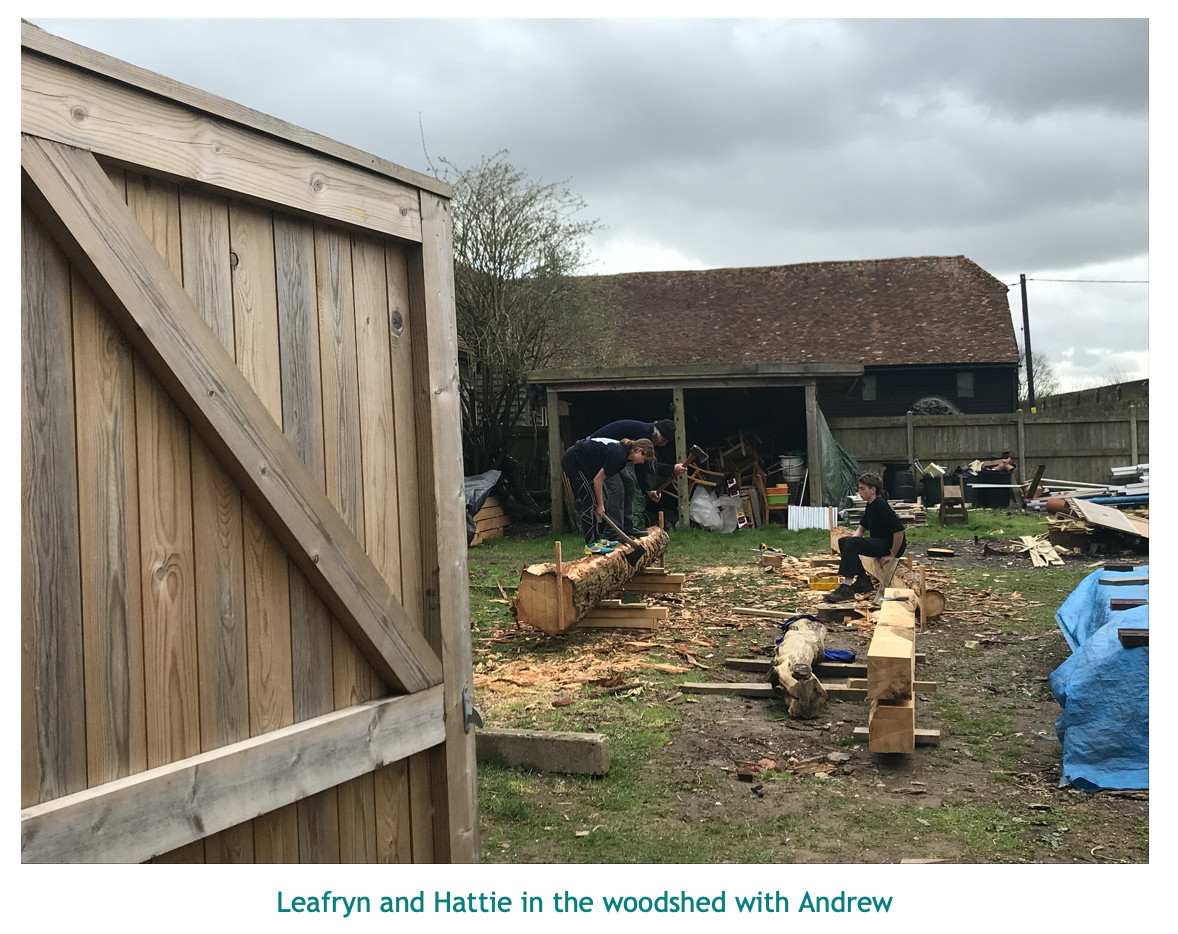 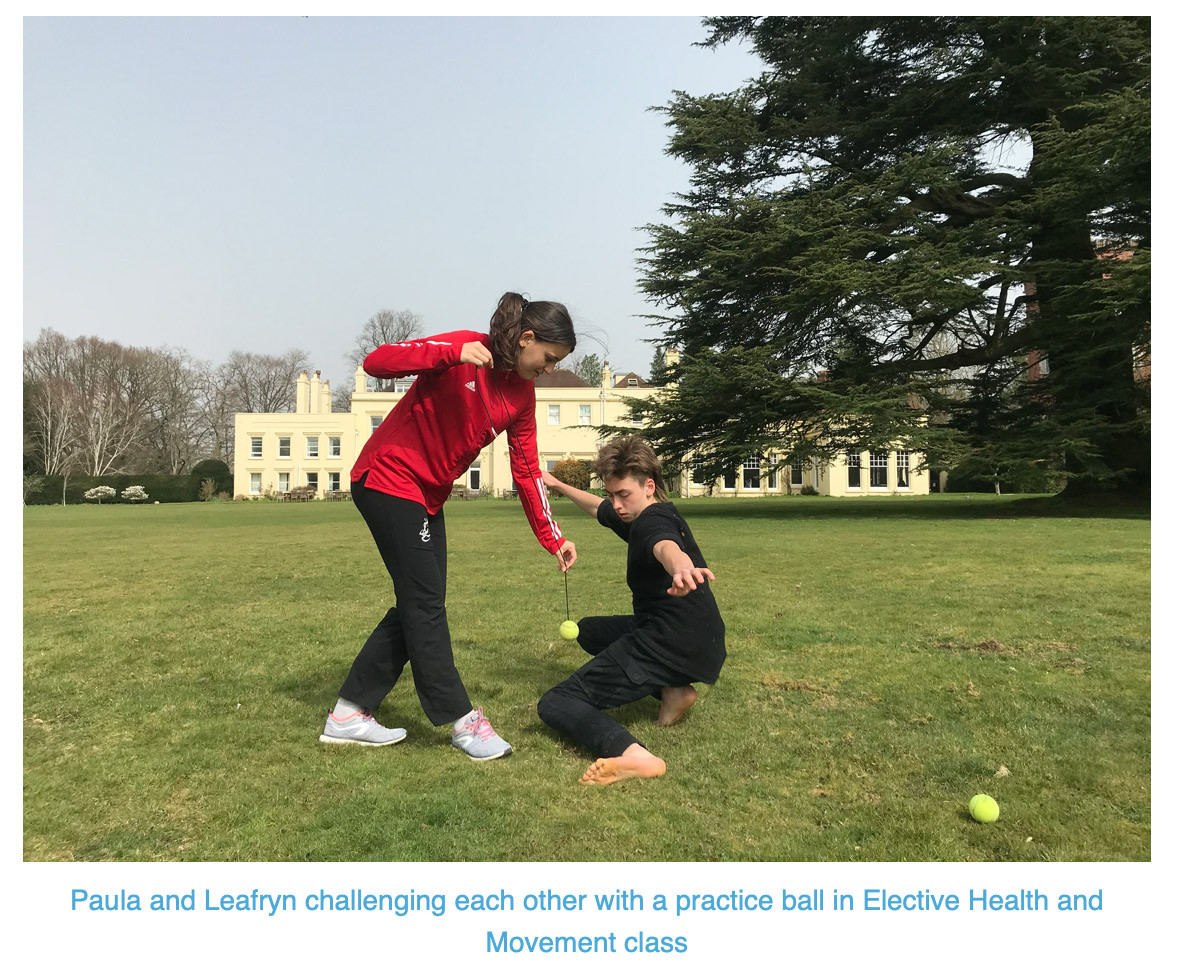 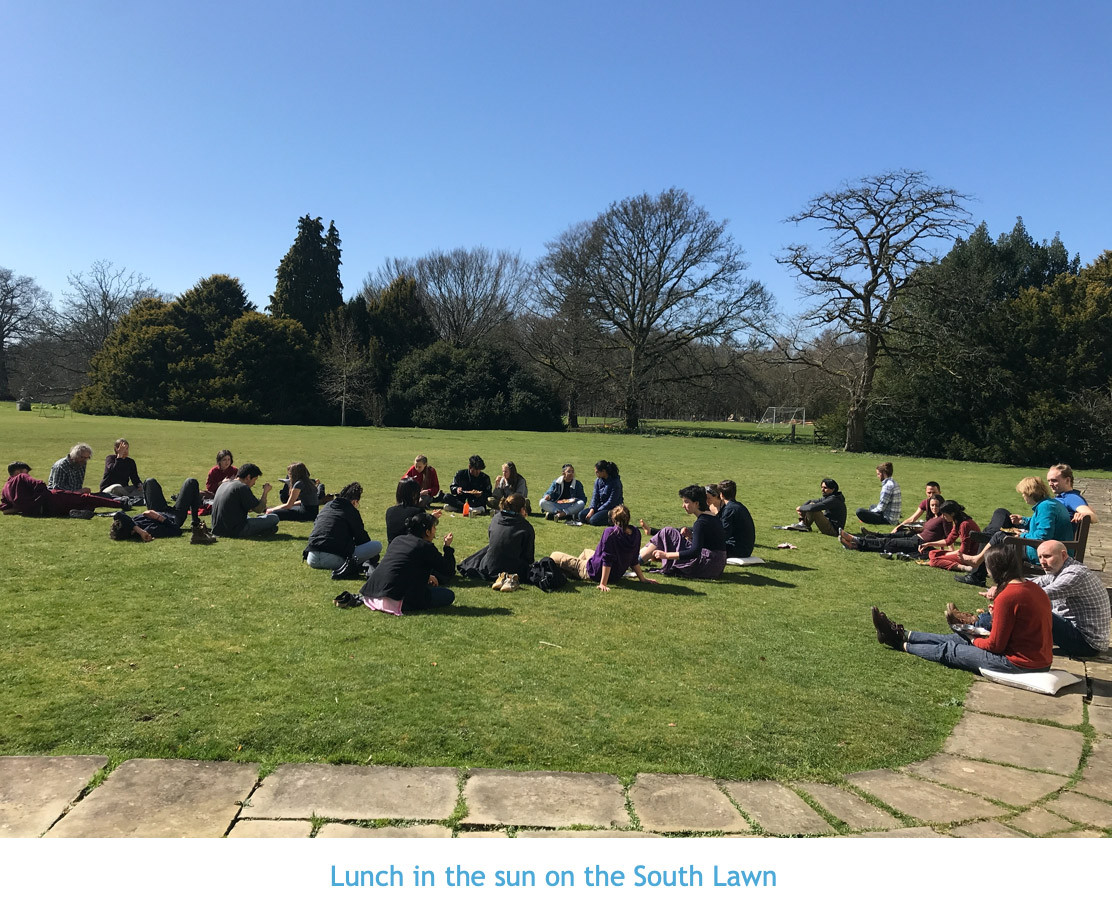 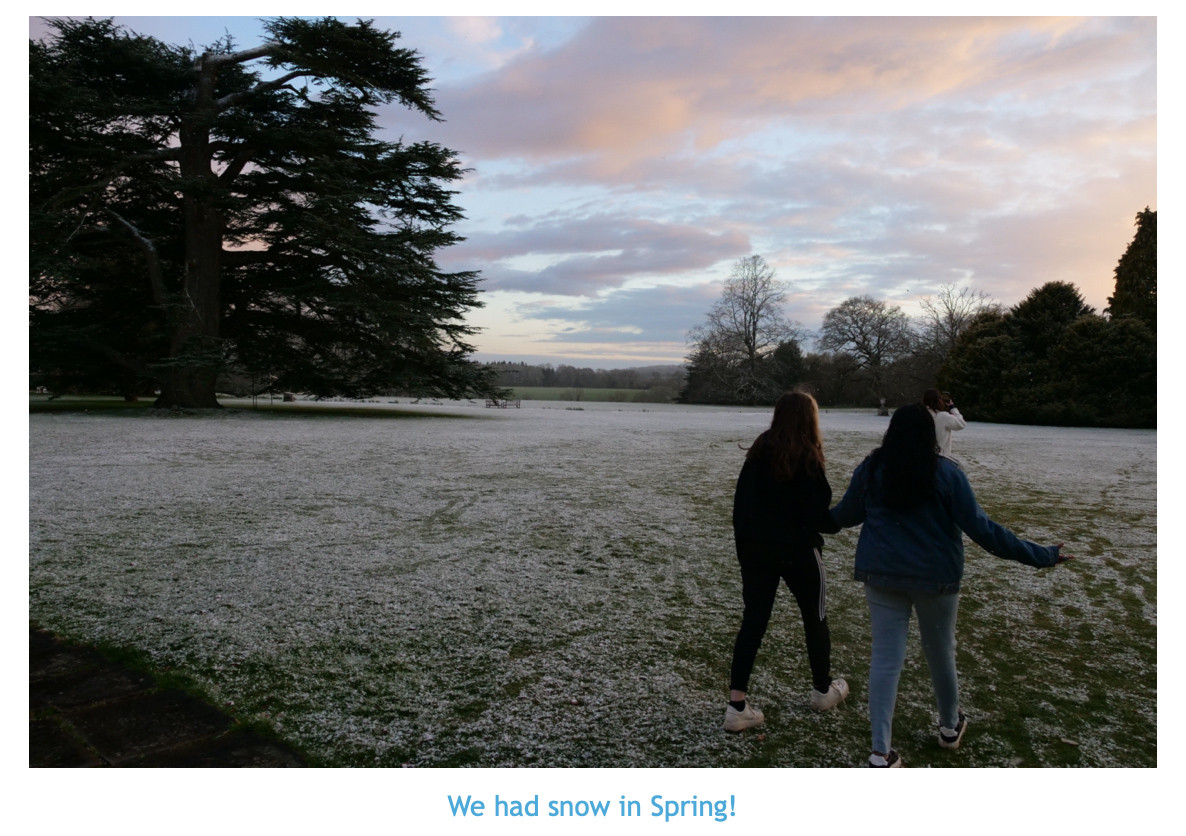